The goal of FAM, our new Food Access Mobile missional food pantry bus, seen recently on CBS4Indy, Fox 59 and RTV6, is to begin serving those who have low food access in the central Indiana area.  That might not seem like a lot but according to a food access report by Savi.org (IUPUI) there are 200,000 living in the Indianapolis area affected by low food access in what are called food deserts.

“Grocery stores, like other large retailers, tend to locate along major thoroughfares. This provides some low income areas on the south side, Near Eastside, and Near Westside with close access to a grocery.

However, many low income areas have low food access, making them food deserts. One of the largest food deserts are in the north and northwest of downtown in neighborhoods like Riverside and Crown Hill. Another large food desert is northeast of downtown in parts of Martindale-Brightwood, Forest Manor, and Arlington Woods.

Mars Hill and West Indianapolis, on the city’s southwest side, contain a large food desert, as well as parts of the Near Southeast neighborhood. Finally, another large food desert exists on the Far Eastside (north of Cumberland and south of Lawrence).” (Savi.org)

You can explore this interactive map to see why an answer to food deserts and low food access is needed.  FHL’s FAM seeks to answer that need. 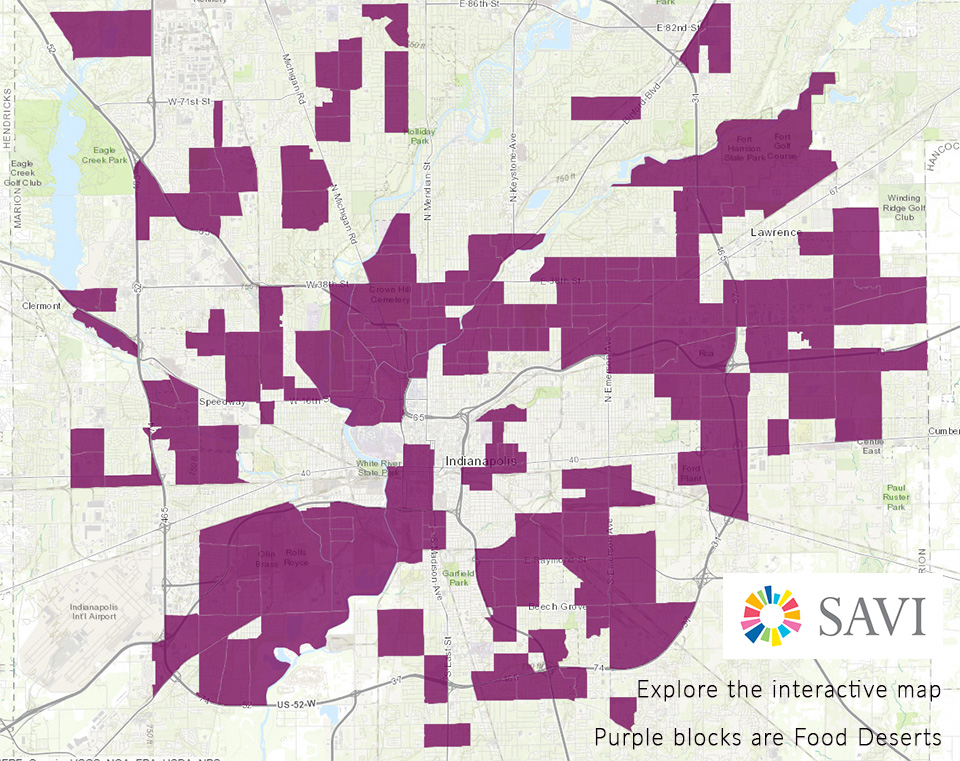 TEXT TO DONATE (through Venmo/Give Butter)

FHL’s Text to Donate is through Venmo which is the mobile version of PayPal and powered through our partner, Give Butter.